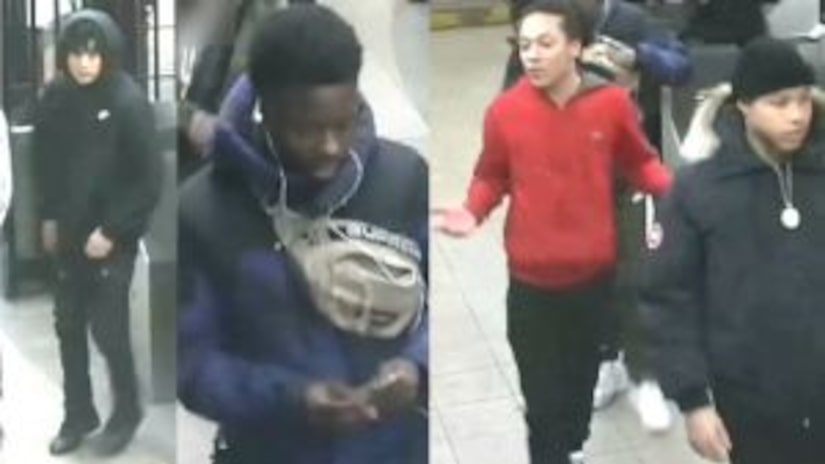 The 18-year-old victim was in the Third Avenue-East 149th Street station when a group of four punched her in the face and head repeatedly, officials said. They took her belt, her ski mask and a pair of earphones, then fled out of the station and ran southbound on Willis Avenue.

The victim suffered pain, swelling and bruising to her face and neck, police said. She was treated at the scene by emergency medical services.