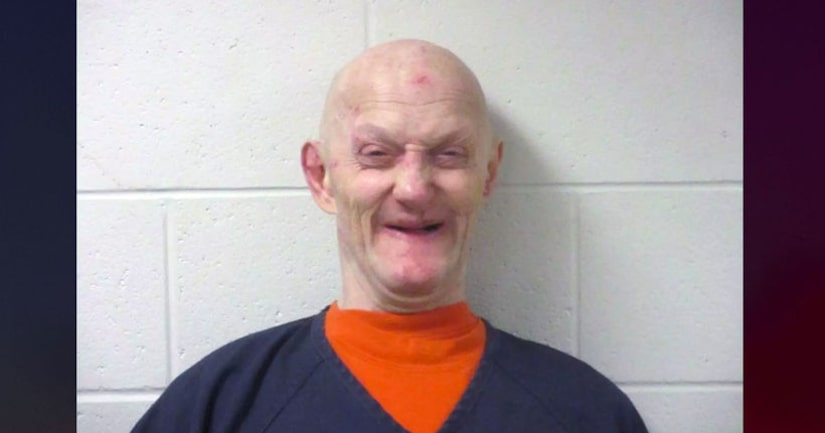 Court records show Duane Arden Johnson, of Searles, faces charges of criminal neglect and receiving stolen property. He was booked at Brown County Jail and was being held on $250,000.

Officers responding to a 911 call made by Johnson Thursday morning found the body of 69-year-old Debra Lynn Johnson in their home, according to The Mankato Free Press.

The phrase “Death Parde God Hell” had been spray-painted in red on the front door of the home, according to court documents obtained by the paper, and authorities said Johnson ran out of the house naked to yell that his wife was dead before running back inside.

A Brown County sheriff's deputy later found him in a bathtub trying to scrub white and black “things” off of his body, according to the paper.

Johnson allegedly removed his wife from New Ulm Medical Center and brought her home, where they took methamphetamine and spent her last days “rocking out” to their favorite song, “Metal Health” by Quiet Riot. He told investigators she had begged him not to let her die in a nursing home, the documents said.

Debra Johnson, who reportedly suffered from mental illness, diabetes and high blood pressure, had stopped taking her anti-psychotic medication. She had also suffered two heart attacks in the past, according to the paper.

The court documents allege Johnson had sex with his wife roughly two hours before her death, then washed her body and wrapped it in linen “like the Bible told (him) to do.”