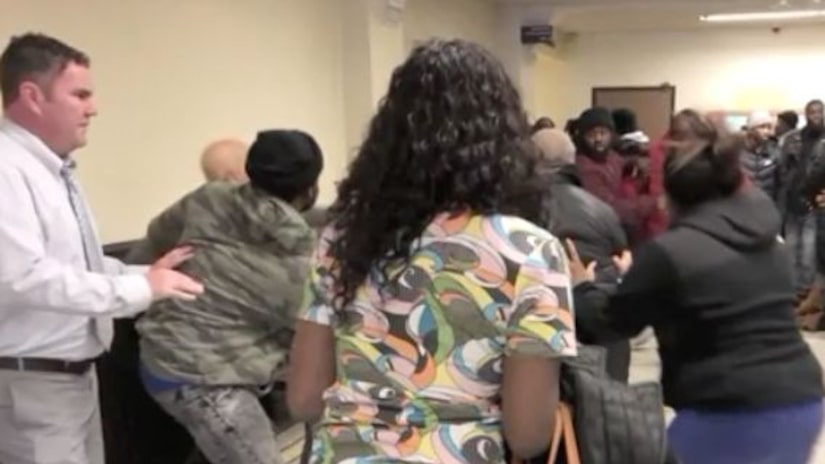 The fight broke out in the hallway. The courtroom was where Jayvell Washington, accused of shooting a man to death Sunday morning, was to be arraigned.

According to reports, a marshal broke his finger.