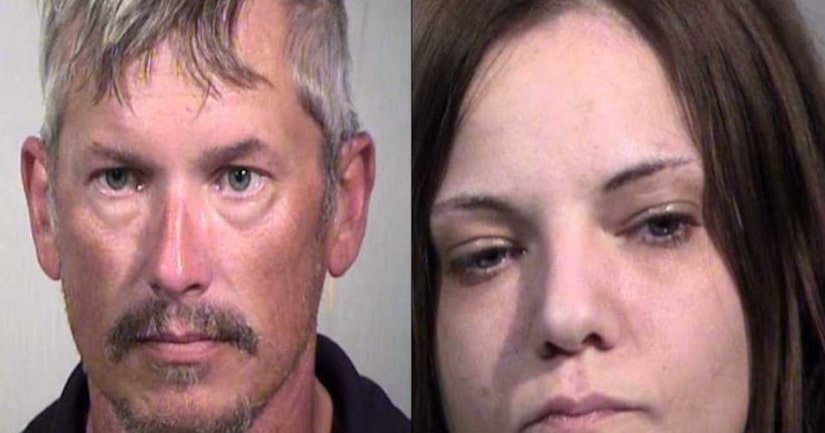 BUCKEYE, Ariz. (WHO/CNN) -- A father and his girlfriend each face multiple charges after a child was exposed to what was believed to methamphetamine fumes, according to Buckeye police.

Police say they received a call Thursday from the principal at Sundance Elementary School, near Watson and Yuma roads, who reported a possible medical issue with a 10-year-old student.

The child was reportedly complaining of a hurting heart and shortness of breath. Fire personnel responded and transported the child to the hospital.

Officers spoke with the child, who notified them that his father, 49-year-old Michael R. Nash, and the father's girlfriend, 34-year-old Ashley M. Mahaney, were smoking drugs in the car before school.

The student said they were homeless and lived in the car and advised that this type of activity “happened all the time.”

Later in the afternoon, officers located the couple in the vehicle described by the child.

Buckeye officers located drug paraphernalia inside the car and a bag of a white crystallized substance that tested positive for methamphetamine.

Both Nash and Mahaney were then taken into custody.

Police say Mahaney also had a felony warrant for a prior child abuse case.

Each were booked into jail on felony child abuse and drug charges.