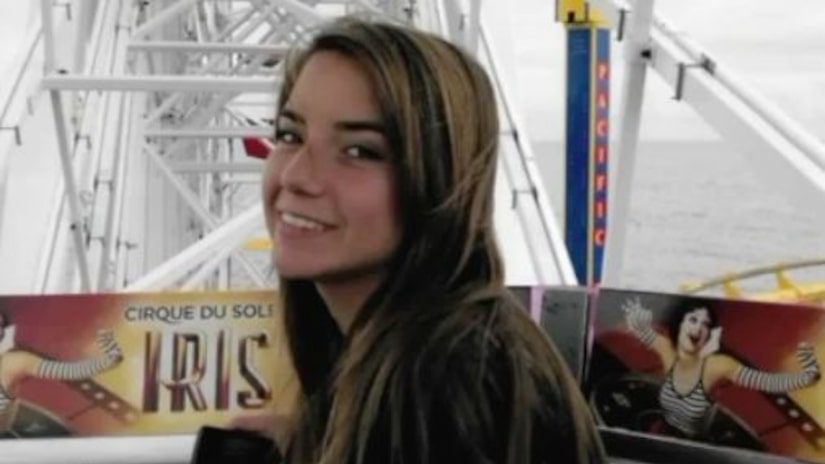 REDONDO BEACH, Calif. -- (KTLA) -- As police continued to search for the driver who fled after fatally striking a pedestrian in Redondo Beach the previous evening, family members on Sunday identified the victim as a 21-year-old college student from Rosemead.

The Redondo Beach Police Department said the woman, identified by her family as Angelina Calderon Pinedo, died in the crash that happened around 9 p.m. in the 1600 block of Aviation Boulevard near Grant Avenue.

Pinedo was on a crosswalk when the vehicle hit her, Lt. Shawn Freeman said. The driver did not stop and continued traveling south on Aviation Boulevard, the lieutenant added.

Investigators described the vehicle as a black Audi SUV with the partial plate number "7MB." It had damages in its front windshield and hood, detectives said.