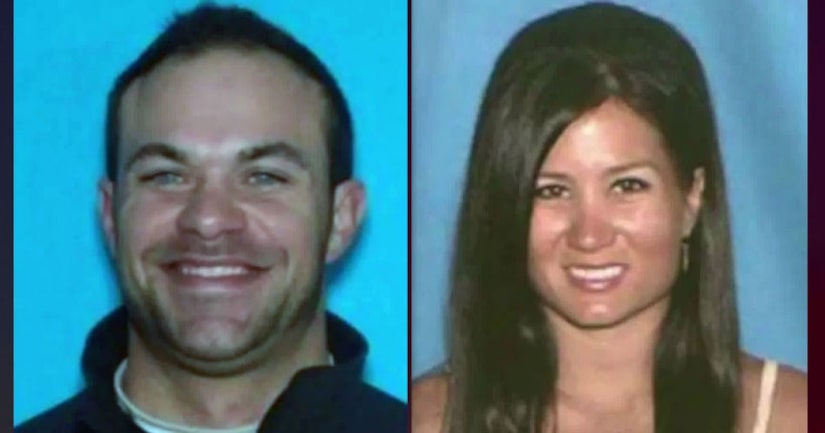 WARREN COUNTY, Mo. (KTVI) -- A Warren County jury found a Foristell woman not guilty in the murder of her husband in 2015. The defense argued Ashley Hunter fired the fatal shots at her husband, Nicholas Hunter, in self-defense.

As the verdict was read, Ashley said she looked to her mother to be sure she heard correctly.

"She says, 'You're coming home," said Ashley. "Finally, it hit me, and I just started bawling."

On Jan. 15, 2015, Ashley said her husband, Nicholas, attacked her, and she shot him several times in self-defense.

After a police investigation, Ashley was arrested and charged with first-degree murder. She was held on a $1 million cash-only bond.

Ashley and Nicholas met and briefly dated when she was 18 and he was 21 years old. Nine years later, the two reconnected and married one week later.

The couple was married eight months before the fatal confrontation. According to Ashley's testimony, this was not the first time Nicholas put his hands on her.

Ashley told the jury Nicholas was prone to jealous outbursts. She said he was often unfaithful, and he abused her physically, mentally and sexually.

In the days leading up to the shooting, Ashley said Nicholas had been laid off work and was stressed about money. Nicholas had two children from a previous marriage whom he supported financially, Ashley said.

The night of the shooting Ashley said Nicholas seemed angry and agitated. Ashley sent her two daughters, then 5 and 7 years old, to their room.

When his anger intensified, Ashley told Nicholas she was leaving.

"He had wrapped his hand around my throat and raised his fist at me," Ashley said.

She said Nicholas then pointed a gun at her so she struck him with her knee.

According to Ashley, Nicholas fell back and dropped the gun. She said she grabbed the gun and Nicholas came after her again so she fired several shots at him.

Ashley plans to finish her undergraduate degree, and then she is considering going to law school. She hopes to help other women in abusive relationships.