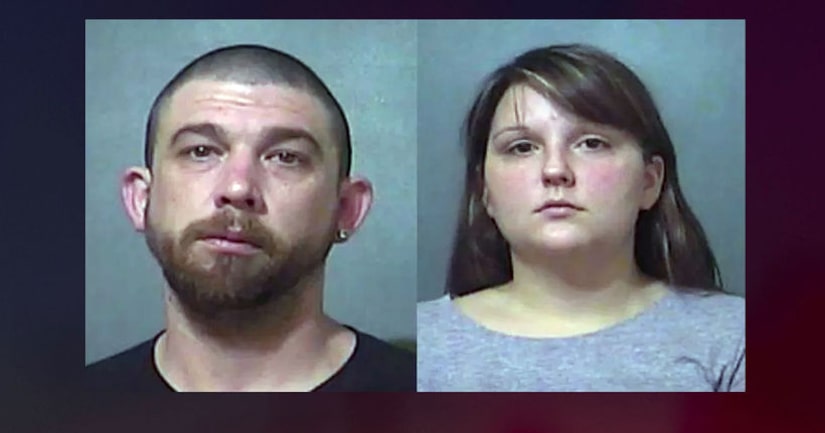 TERRE HAUTE, Ind. (WXIN) -- A Terre Haute couple is facing charges after police say a toddler's tongue was split down the middle, possibly with scissors.

The Terre Haute Police Department began investigating the child abuse case last Wednesday, when an officer was called to Union Hospital. That's where the 14-month-old victim was taken, suffering from a split tongue, a swollen scrotum and severe bruises all over his body, according to a probable cause affidavit obtained by WTHI.

When the officer asked the child's mother, Holly Cota, about her son's injuries, the affidavit says she claimed the boy had fallen out of his crib multiple times and she believed he bit his tongue, which caused it to split. She said her son “must have straddled the toy box when he fell, causing damage to his scrotum,” the affidavit says.

The child was then transported to Riley Hospital for Children in Indianapolis, where police say a doctor with the Child Protection Team told them that the laceration separating the boy's tongue was not caused by his teeth, because the teeth don't run in that direction.

“She said that the cut appeared clean and was not torn which indicated that some type of tool, possibly scissors, were used,” the affidavit says. “She also said that a piece at the tip of the tongue was missing.”

During a later interview, police say the boy's mother told them her boyfriend, Scott Edwards, was watching her son when he was injured.

Edwards was later arrested and charged with aggravated battery, battery, and neglect of a dependent. Cota was also arrested on obstruction of justice charges.