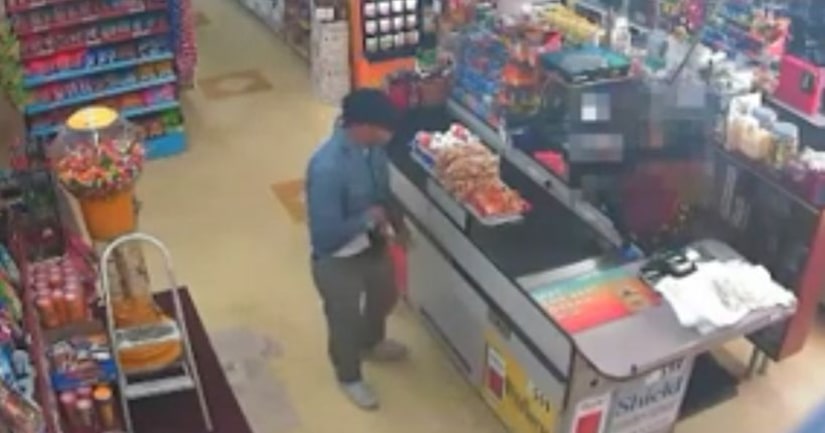 SANTA ANA, Calif. (KTLA) -- A would-be robber armed with a gun was persuaded by a store clerk not to take money from a market in Santa Ana, police said Thursday.

The male walked into the Norris Food Market in the 600 block of East Saint Andrew Place about 9:10 a.m. Monday and purchased several items, according to a Santa Ana Police Department news release.

He then loitered in front of the market for a few minutes before going back into the store. Once inside again, the male flashed a handgun that was in the waistband of his pants and demanded money from the clerk, the release stated.

The employee refused to take cash from the register and instead tried to talk him out of committing the robbery, commenting on the male's youthful age and asking him about his motive, Cpl. Anthony Bertagna told KTLA.

The employee's effort was successful, as the would-be robber responded, "OK," and left the store without taking anything, Bertagna said.

He left and was last seen walking northbound on Oak Avenue.