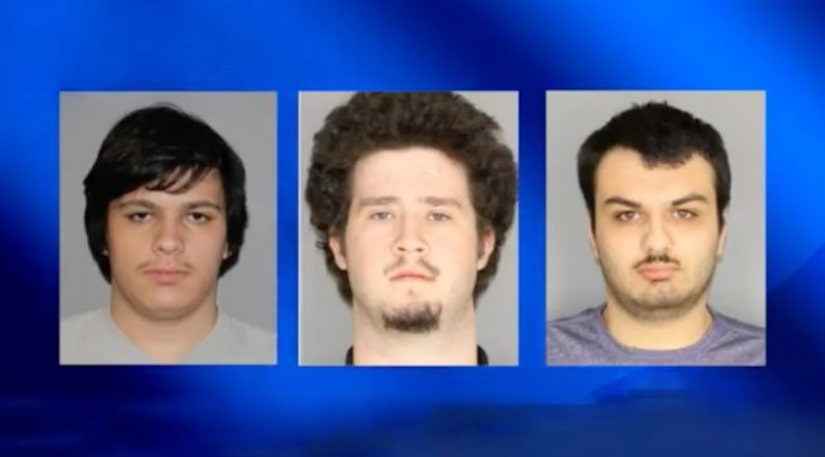 GREECE, N.Y. -- (WPIX) -- After a student reported a comment made at lunchtime at a school in upstate New York, a day later three men and a teen were arrested and charged with plotting to attack a Muslim community about 200 miles away.

Brian Colaneri, 20, Vincent Vetromile, 19, Andrew Crysel, 18, and an unidentified 16-year-old male were arrested on Friday in Greece, New York. All are accused of making homemade bombs and plotting to attack the Muslim community of Islamberg in Delaware County, New York.

The 16-year-old male is being classified by police as an “adolescent offender” and his name and photograph have not been released.

All four are from the Rochester, New York, area and have each been charged with three felony counts of criminal possession of a weapon and one felony count of conspiracy, according to Greece Police Sgt. Jared Rene. It was not immediately clear whether the accused had retained attorneys.

Greece Chief of Police Patrick Phelan hailed the swift investigation as an example of how teaching kids to “see something, say something” can work.