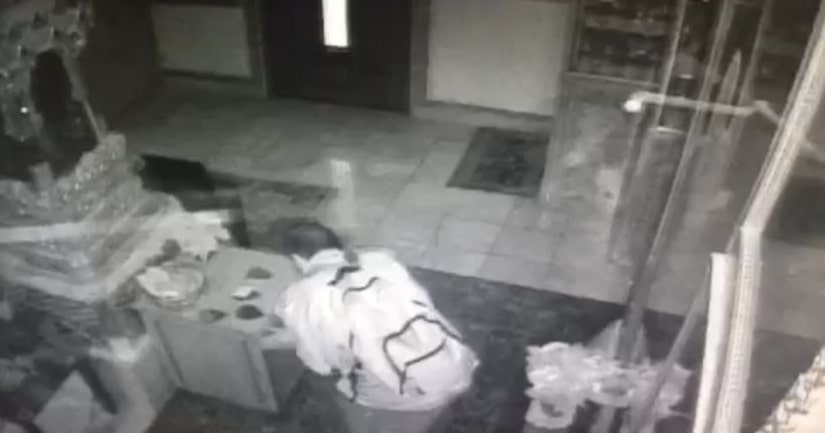 ONTARIO, Calif. (KTLA) -- A suspect was arrested after surveillance cameras captured a man stealing about $1,000 from a donation box inside a Buddhist temple in an unincorporated area near Ontario, officials said Sunday.

About 2:30 p.m. Tuesday, Warn allegedly entered the temple through an unlocked door before surveillance video caught him forcing open a donation box and taking roughly $1,000 in cash, authorities said.

On Monday afternoon, investigators released the surveillance footage, which shows the thief struggling with the box for about 4 minutes — at one point appearing to drop it on his foot — before busting the bottom off to access its contents. He then loads the cash into a backpack and flees through the front door.

Warn was identified as the suspect following a "thorough investigation," the sheriff's release states, and booked into West Valley Detention Center upon his arrest. He allegedly initially gave officers a false name.