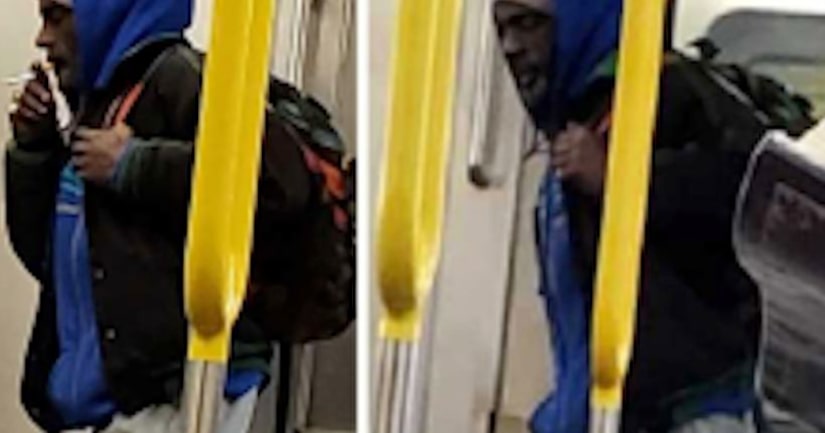 The incident occurred aboard a southbound Q train that departed from the Dekalb Avenue station in Fort Greene shortly before 12:30 p.m.

Once he was finished, police said he got up and wiped his hand on the train police before lighting a cigarette. He then fled the train at the Church Avenue station.

Police said the man appeared to be between 50 to 60 years old and about 5 feet, 8 inches tall.