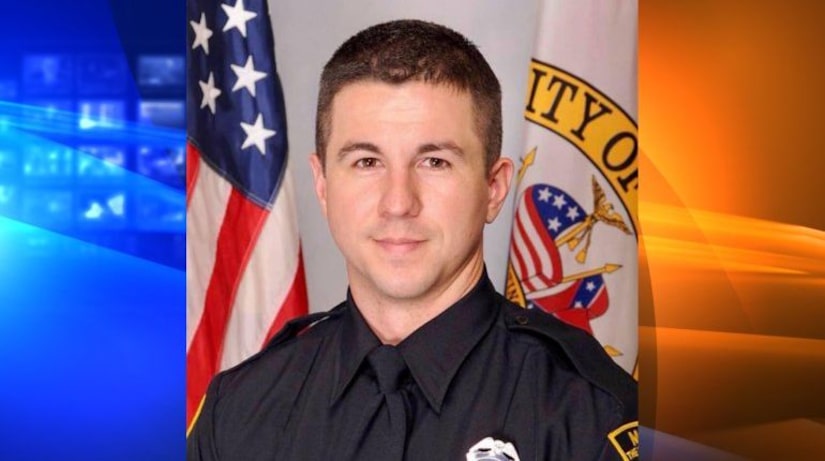 MOBILE, Ala. -- (KTLA) -- An Alabama police officer has died after being shot on Sunday, according to the Mobile Police Department.

Officer Sean Tuder, 30, was shot by a suspect with prior warrants while doing follow up work on an investigation, Police Chief Lawrence Batiste told a press conference covered by CNN affiliate WKRG.

The suspect, Marco Perez, 19, was taken into custody, he said.

Batiste told reporters that Tuder had been with the department less than five years.

“He was one of those guys that certainly resonates in your mind as somebody that's a true leader and had a true commitment to doing his best in this community to keep it safe and to be a role model for others,” he said.

“He was really just getting into that part of his career where he started having an impact on not just the people in the community but the men and women who work here in this department.”

Batiste asked for the community's prayers, saying: “Keep Officer Tuder's family in your prayers; his wife, his mom and dad, and his in-laws because this is going to be a difficult time.”

The police chief also urged media to be patient as authorities investigated the shooting. “Right now we're just really trying to make sense of it and trying to hold each other up, and so please work with us,” he said.