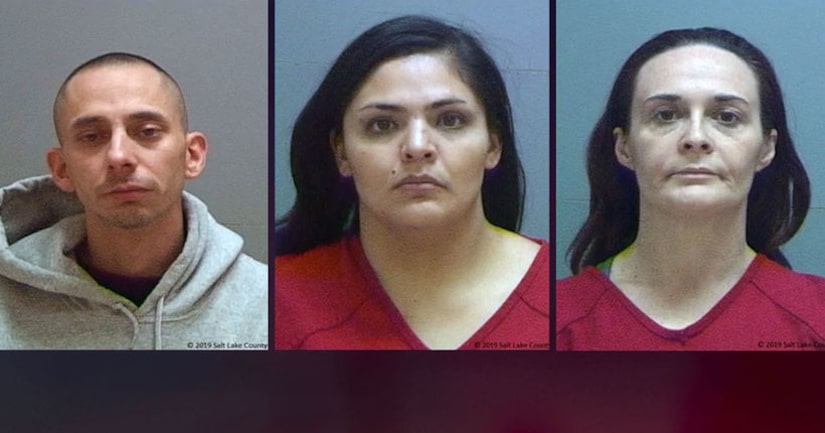 SALT LAKE CITY (KSTU) -- Officials with the Salt Lake City Police Department said that three people have been arrested in connection with the homicide of David Stokoe.

Stokoe was reported missing on Thursday when his wife called authorities after he did not return from work, according to police.

Investigators learned Stokoe was going to collect rent at the residence where his body was found, on Princeton Avenue near Windsor Street. When officers went to the residence Friday afternoon, Wilking said no one answered the door and entry into the apartment was made.

Wilking stated that investigators "saw things" in the residence that lead them to believe that it was a crime scene. Stokoe was later located in a hidden crawlspace of the residence and appeared to have been shot dead, according to investigators. Wilking said it was believed that Stokoe was killed on Thursday.

When looking for suspects, Wilking said that investigators focused on the individuals who were residents of the apartment where Stokoe was attempting to collect rent.

Wilking stated that Manuel Velasquez, 31, was arrested for homicide and other related charges. Two other individuals, identified as Jessica Miller, 38, and Diana Hernandez, 30, were arrested for obstruction of justice related to the incident.