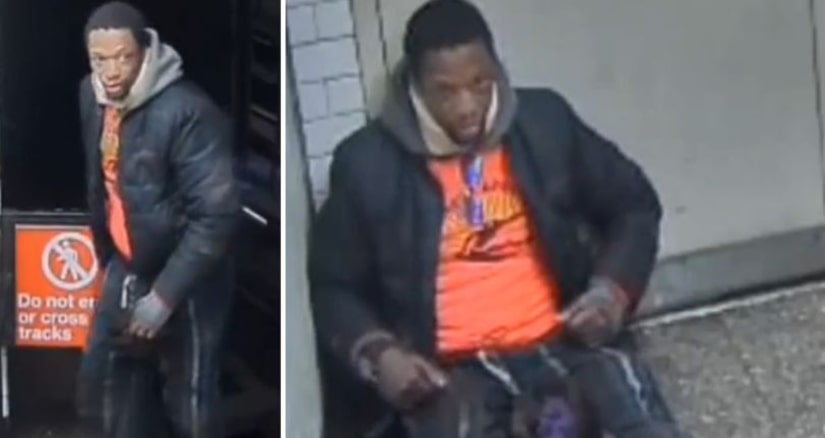 The attacker tried to kiss the 27-year-old woman as she boarded at Franklin Avenue around 1:15 a.m., official said. She pushed him away, but he grabbed her.

They fought and the woman fell to the floor of the train, police said. She managed to get up, but the man pulled her pants and underwear down and sexually assaulted her with his fingers.

The man held down both of the woman's arms as she tried to fight him off, officials said. He later took $47 in cash and a pair of earphone from the woman, then got off the train at Atlantic Avenue and jumped onto the tracks.

The victim followed the man off the train, but lost sight of him. She was treated at a local hospital.