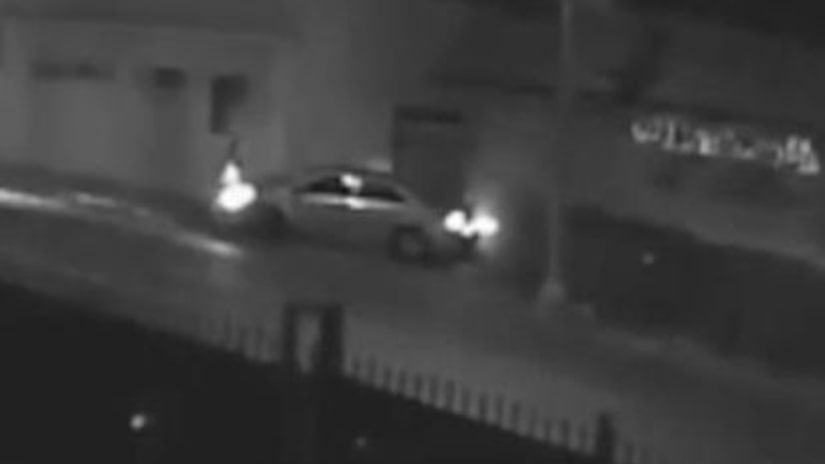 SILVER LAKE, Calif. -- (KTLA) -- A woman who was found dead behind a trash can in Silver Lake Wednesday morning was the victim of a hit-and-run crash that was captured on surveillance video, and now LAPD officials are looking for the driver of a tan sedan.

The crash occurred about 6 a.m. in the 1800 block of Hyperion Avenue, and the body was discovered in the hours after that.

Firefighters who responded to the scene called Los Angeles Police Department officials because the way the body was positioned among debris made it seem like it might have been moved, Detective Campos told KTLA.

The victim was later identified by LAPD and family members as 57-year-old Christina Garcia, a wife and mother of three grown children.

Her relatives said she was on the same morning walk she's been taking for 15 years, stopping at times to collect cans to help pay her daughters' college tuition, when she was fatally struck.

"This is her routine every morning," Garcia's eldest child, Edwin Aleman, said. "She wakes up at 5 in the morning…unfortunately, this is one of those days where she didn't make it home."

The sudden loss has been hard for the close-knit family, Aleman said.