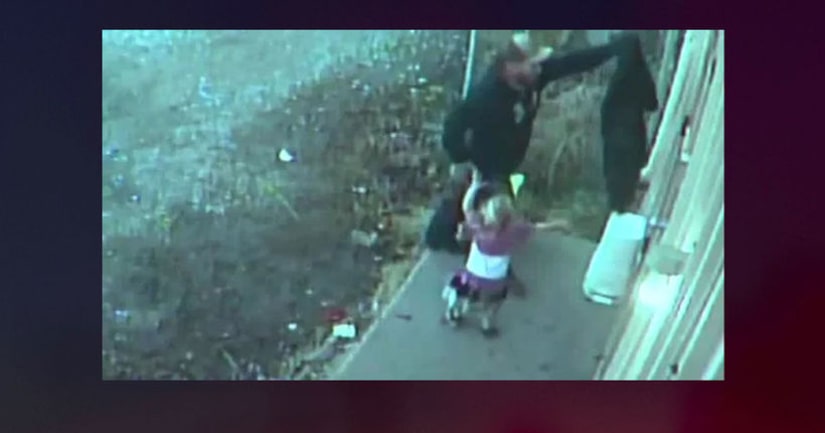 TULSA, Okla. (WJW/CNN) -- Police in Tulsa are searching for a man who allegedly burglarized a flower shop while accompanied by a young child.

KTUL reports that it happened Jan. 7 at an East Tulsa florist shop, and it was caught on surveillance video.

It took the man several minutes until he finally found a way into the store. He got away with only a toolbox.

The girl is seen dutifully following the man around, and several times she reached for him, but the man almost sees right through her.

As the two walk off into a grassy field, the man acknowledges the little girl, picking her up and carrying her off.