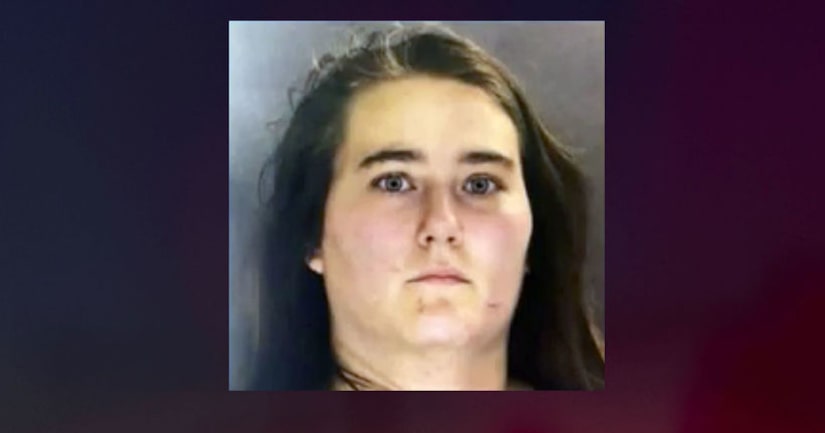 FELL TOWNSHIP, Pa. (WNEP) -- Police filed animal cruelty charges Tuesday against a woman from Lackawanna County. Officers said she moved out weeks ago and left her three dogs behind.

The three dogs, likely less than a year old, are now being cared for at Griffin Pond Animal Shelter near Clarks Summit.

Neighbors along Main Street in Simpson said they heard dogs barking from a second-floor apartment, but no signs of an owner.

One woman, who didn't want to be identified, told Newswatch 16 she started to worry late last month and called humane officers.

An online tip led Carbondale Police to the apartment on New Year's Day. Neighbors told them the dogs' owner, Mandy Pearson, moved out around Thanksgiving. She was nowhere to be found.

"I was met with a tremendous odor of dog feces and urine. And when I knocked on the door I could hear a dog whimpering inside, so at that point, we decided the dogs were in bad shape, or we expected them to be in bad shape, abandoned for a month and a half," said Carbondale Patrolman Tim Mackrell.

Members of the animal rescue group "In Pursuit of Grace" joined officers and took video of the dogs. They were skin and bone, and each had several cuts. The dogs devoured the food the officers brought with them.

Pearson has been charged with animal cruelty and other charges. She later told police that she didn't have the money to surrender the dogs to an animal shelter.

In Pursuit of Grace took them to Griffin Pond Animal Shelter after rescuing them from Pearson's apartment. Officials there said the dogs are improving.

When the police officers from Carbondale discovered the dogs, one bit an officer who was feeding it by hand, so police filed additional reckless endangerment charges against Pearson.

Pearson turned herself in on the charges Tuesday afternoon.