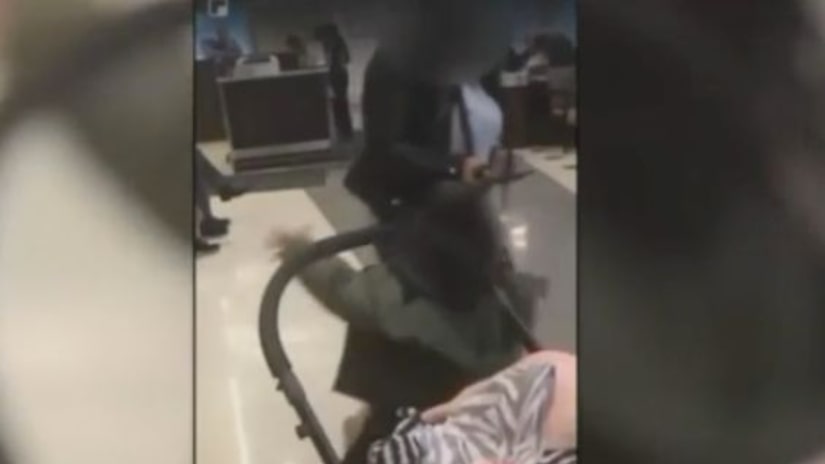 AURORA, Ill. —- (WGN) -- Police are investigating after a video was posted on social media of a woman dragging a young boy by his hair across the floor of a suburban hospital.

The Aurora Police Department posted on Facebook Tuesday saying they were investigating a possible case of child abuse that occurred inside the emergency room of the Rush Copley Medical Center in the 2000 block of Ogden Avenue around 4:40 p.m. Monday.

Police said a woman videotaped another woman dragging the 5-year-old. In the video, the woman, who appears to be the child's mother, drags the boy by his hair and tells him to stand in the corner. It's hard to hear what the woman is saying because the 5-year-old is screaming uncontrollably.

Police said they identified all parties involved in the video, and as of 1:10 p.m. Tuesday, two children, the 5-year-old and a 2-year-old, were placed in the care of a relative.