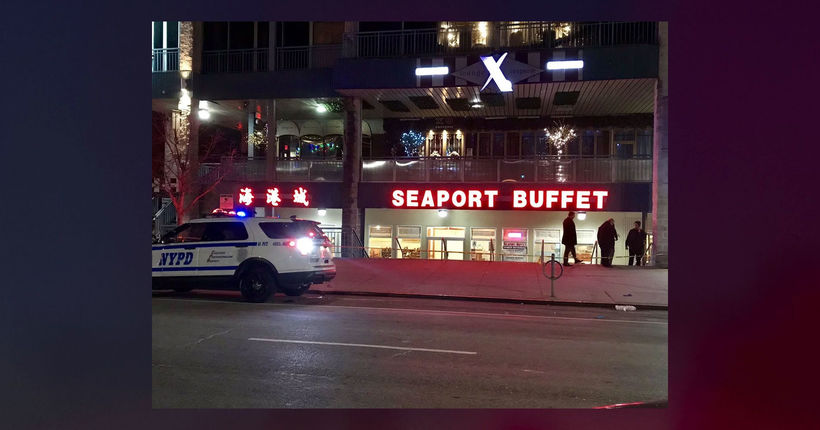 WPIX
WPIX - "The incident was an unprovoked and the attacker was an emotionally disturbed person, police said. He has been taken into police custody, but he has not yet been charged."

BROOKLYN, N.Y. -- (WPIX) -- One man is dead and two others injured in a Tuesday afternoon hammer attack in Brooklyn, police said.

Authorities said the 34-year-old suspect walked into the Seaport Buffet on Emmons Avenue near East 21st Street just after 5 p.m. and started striking employees with a hammer.

The 34-year-old victim, later identified as Fufai Pun, the buffet's chef, was pronounced deceased at the hospital while the 60 year-old restaurant owner and 50 year-old manager remain in critical condition.