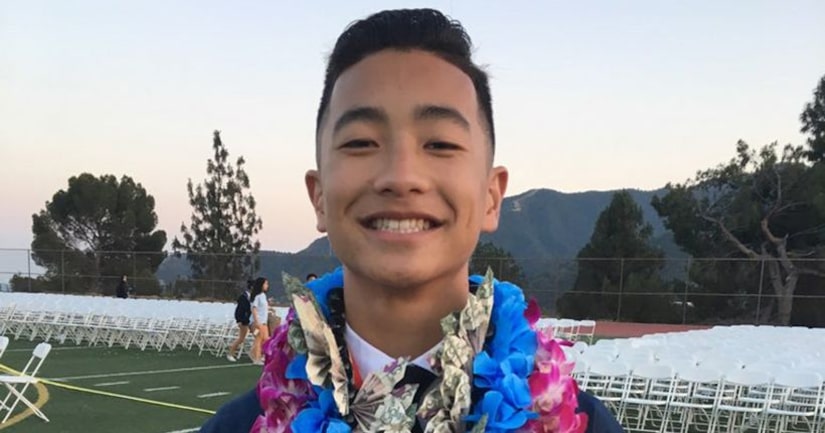 IRVINE, Calif. -- (KTLA) -- An 18-year-old UC Irvine student died over the weekend after going to a party, and his fraternity has been suspended indefinitely amid an active police investigation, the young man's father and school officials said Monday.

Noah Caleb Domingo, a freshman member of Sigma Alpha Epsilon, was apparently participating in a rush week event for his fraternity when he attended a "big brother/little brother" party on Friday night, according to his father.

The following morning, the student's parents received a phone call informing them of their son's death, Dale Domingo told KTLA.

"When you get that phone call, it's tough. You already know," Dale said. "I was bracing myself."

He said he has no idea how Noah died. However, the family fears alcohol may have played a role.

"Whether this is or wasn't, I don't know," Dale said. "But if it was, a fraternity is supposed to be a brotherhood and you're supposed to look out for each other — and my son's not here."