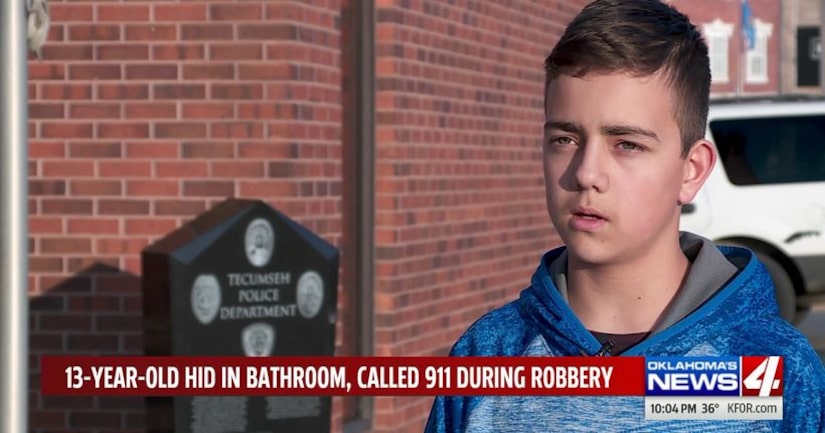 TECUMSEH, Okla. (KFOR) -- Counterfeit cash, a stolen car and drugs have been found after a 13-year-old helped halt an armed robbery at an Oklahoma Family Dollar.

It all started with what was supposed to be a quick trip to the Family Dollar. As soon as the teen, Braydon Self, and his stepdad walked in, they were faced with the robbery unfolding in front of them.

"The first thing I saw was the guy aiming a pistol at [my stepdad]," Self said.

While the gun was trained on him, Self took off.

Just a couple minutes after Self made the call, police arrived. The gunman, identified by police as Trey Harlin-Sumlin, fled out the back door.

Self heard his stepfather going to find him but, not knowing who it was, he feared it was Harlin-Sumlin coming after him.

It didn't take long for police to identify Harlin-Sumlin and arrest him at his home, where they found more than just the stolen cash.

Charges against Harlin-Sumlin include robbery, forgery and possession of stolen property.

MORE: “I felt like I was going to get killed,” 13-year-old foils armed robbery at Tecumseh Family Dollar - KFOR