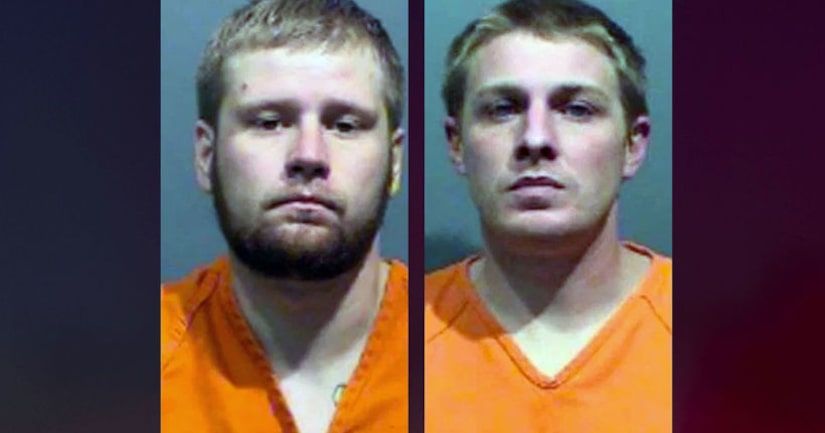 GOLDEN, Colo. (KDVR) -- Two men who pleaded guilty to brutally assaulting a man as he held his 4-year-old daughter have been sentenced to prison, the First Judicial District Attorney's Office said Tuesday.

Joel Wilson, 32, was sentenced to six years in prison and Devon Premer, 24, received a five-year sentence on Friday.

On Jan. 25, Wilson, Premer and Richard Brown were at the Crossroads Pub in Pine Junction in Jefferson County, prosecutors said.

The men got into an argument and as Brown was holding his 4-year-old daughter on his hip, a fight broke out.

Prosecutors said Wilson and Premer brutally beat Brown. One of the men would hold him down while the other inflicted blows with fists, punching Brown in the head, face, ribs and face.

The incident was caught on surveillance video. The girl was not injured. Brown suffered serious bodily injuries, including a lacerated spleen.