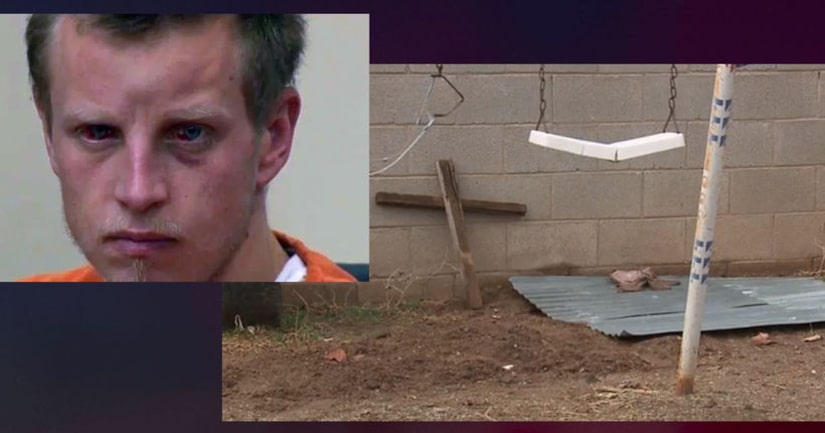 ALBUQUERQUE, N.M. (KSTU/CNN) -- An Albuquerque man says his landscaper asked to bury his dead cat in the man's backyard, but it was really the body of the landscaper's 1-year-old daughter.

“He pulled the weeds, mows the yard, he takes care of the bushes of everything and lately he's been acting a little strange. We noticed that before Christmas holiday,” said the Thomas Dunn, the man who lives in the home where the body was found. He and most of his roommates went on vacation at the end of December.

He says while they were gone, their landscaper, David Zuber, called them for a favor.

“It was a cat that had died, one of his cats, and he needed to bury it."

Dunn says it wasn't a strange favor for Zuber to ask because they use their backyard as a pet cemetery.

But when they got back at the beginning of January, Dunn says they got a knock on their door.

Albuquerque police say Zuber and his girlfriend, Monique Romero, were arrested last week and charged with child abuse resulting in death after the body of their 1-year-old daughter, Anastazia Romero, was discovered buried in Dunn's family backyard.

“It was buried in the backyard underneath the remains of a dead dog. The body was inside two layers of a white plastic trash bag inside of a black duffel bag,” said Dunn.

FULL STORY: Man says landscaper asked to bury his cat in backyard, but instead it was a dead baby - KSTU