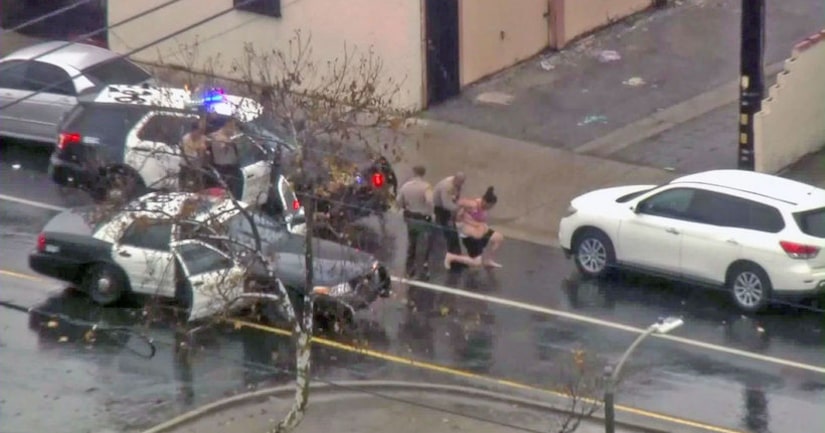 SOUTH LOS ANGELES (KTLA) -- A woman stripped down to her bra and undershorts before being taken into custody in South Los Angeles after an hourlong chase came to a bizarre end on a rainy Monday morning.

Authorities were chasing the suspected stolen silver Kia sedan, which was carjacked at gunpoint on Saturday, according to Los Angeles County Sheriff's Department Deputy Charles Moore.

It was not immediately clear if the driver in the vehicle was the person responsible for the carjacking, he said.

At times, the car could be seen driving erratically as it went through Carson, Compton and South Los Angeles, speeding down rain-slicked roads, running at least one red light and swerving to narrowly miss hitting a van, Sky5 video showed.

At one point during the chase, the car drove through the parking lot of an apartment complex, where two sheriff's vehicles appeared to corner it in a gated area. The driver, however, maneuvered the car out of the situation and fled back onto surface streets.

Around 11:40 a.m., the driver got out of the car on 98th Street near Western Avenue and then -- surrounded by sheriff's vehicles -- began stripping off clothing, the aerial video showed. She was down to a pink or light purple bra and baggy black undershorts when she raised both arms in surrender and walked backwards toward law enforcement.

She was placed in handcuffs and taken to an awaiting patrol SUV. 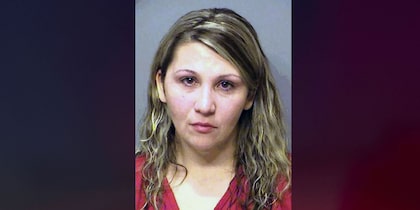