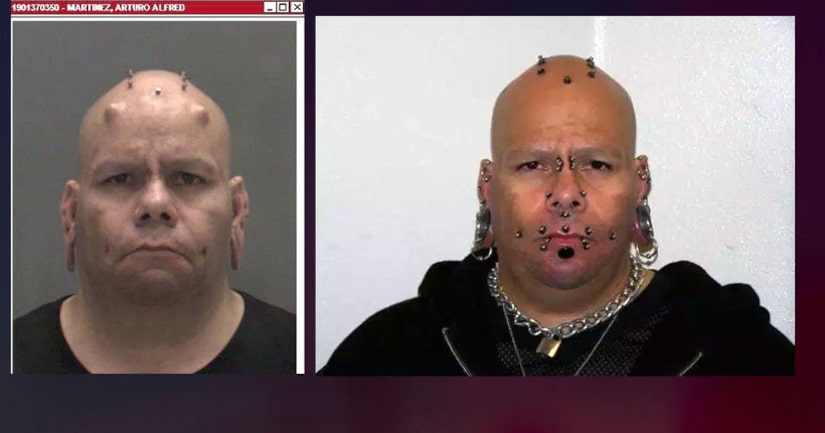 SAN BERNARDINO COUNTY, Calif. (KTLA) -- Deputies arrested a man already designated a registered sex offender this week on suspicion of using a ruse to lure a teenage girl to his home with intent to commit a sex act, authorities said.

Arturo Alfred Martinez, 42, was booked on suspicion of having contact with a minor with the intent to commit a sexual act, the San Bernardino County Sheriff's Department said in a written statement.

Officials went to see Martinez Thursday afternoon at his home in the 7600 block of Corona Avenue in Hesperia “after receiving numerous complaints from females, including a 17-year-old female victim, who reported being lured to his home under false pretenses,” according to the statement.

Using a fake name and disguising his voice to sound female, himself, Martinez approached the victims through businesses that advertised online, “with the intention to lure them to his home with the intent to commit a sexual act,” the statement said.

He is already a registered sex offender following a previous conviction for indecent exposure, investigators said.

Detectives suspect there there may be additional victims who have yet to be identified, officials said. Anyone with information is urged to contact the sheriff's Hesperia Station at 760-947-1500. Tips may also be submitted anonymously to We Tip at 800-782-7463.