A Lake County grand jury indicted 35-year-old Nick Sauer on 12 felony charges Wednesday for allegedly creating false social media accounts and using them to post nude photos of two women, without their consent. In a 14-page indictment, the grand jury said he, “intentionally disseminated” images of the women displaying their private parts. He faces up to 36 years in jail.

The investigation was sparked in part by a Politico story in which Sauer's former girlfriend accused him of posting naked photos of her on a “fake” Instagram account. After initially denying the charges, the first-term Republican representative resigned under pressure from fellow lawmakers and the governor. Sauer was a member of the house sexual harassment and discrimination task force.

After turning himself in to Lake County authorities Thursday afternoon, the photogenic former lawmaker smiled ear-to-ear in his mug shot before stepping before a Lake County judge.

The judge told him he could have no contact with the alleged victims, and he would not be allowed to use social media. Sauer posted ten percent of his $30,000 bond and was released from jail Thursday afternoon. 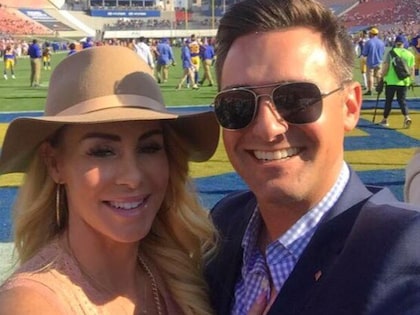