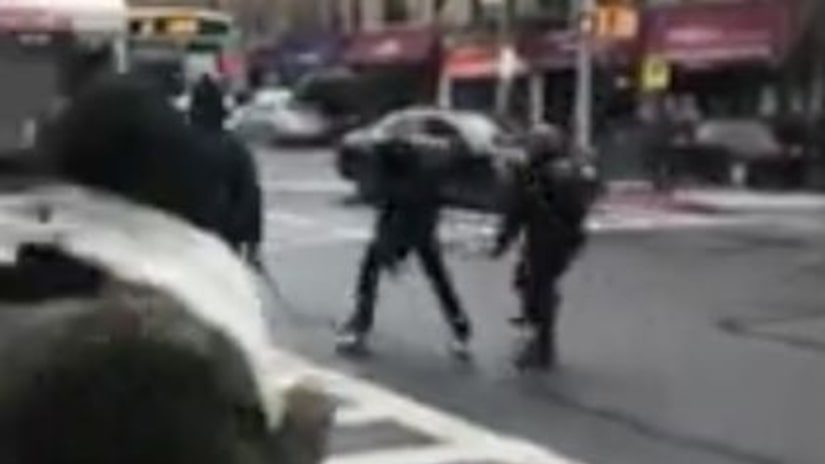 NEW YORK CITY -- (WPIX) -- A wild scene unfolded in broad daylight at the corner of Broadway and 169th Street in Washington Heights when police officers repeatedly kicked and struck two people who were resisting arrest.

At the beginning of the video you see an officer take out his baton and swinging it at one of the two individuals.

While one of the individuals is on the ground, two detectives and an off-duty officer appear in order to help with the arrests.

But even when the individual appears to be restrained, the officers continue to strike the man on the ground.

According to police, the two are a known nuisance to the neighborhood.