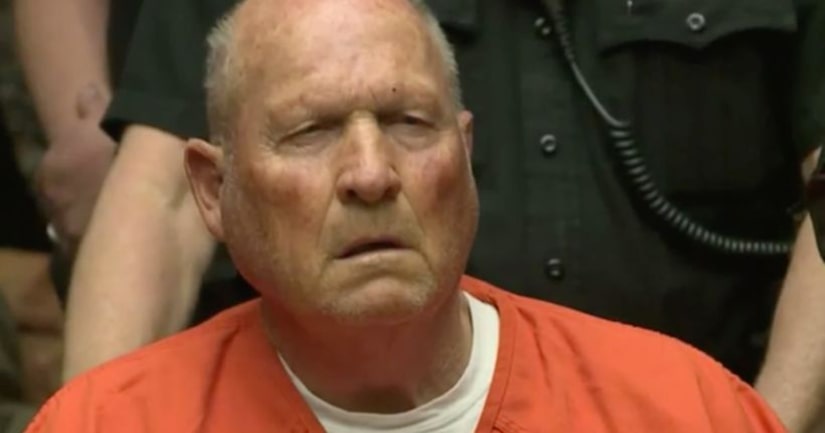 LOS ANGELES (KTLA/AP) -- The man accused of being California's Golden State Killer has been cleared of involvement in the 1975 murder of a 14-year-old girl in the Central Valley, prosecutors said Tuesday.

DNA testing excluded Joseph DeAngelo as a suspect in the murder of Donna Jo Richmond and — along with other evidence — indicates that another man was rightfully convicted of the slaying, according to a conviction review.

The girl vanished on Dec. 26, 1975 while bicycling from a friend's house to her home near Exeter. Her body was later found in an orange grove. She had been strangled, beaten and stabbed 17 times.

A convicted sex offender, Oscar Clifton, was convicted of kidnapping, attempted rape and murder. He was sentenced to life in prison and died there in 2013.

DeAngelo has been charged with 26 counts of murder and kidnapping. Prosecutors believe that he killed 13 people and raped dozens of others in six California counties in the 1970s and 1980s. The rape cases happened too long ago to be prosecuted, so prosecutors brought 13 related kidnapping counts. He is on trial in Sacramento County but hasn't entered a plea.