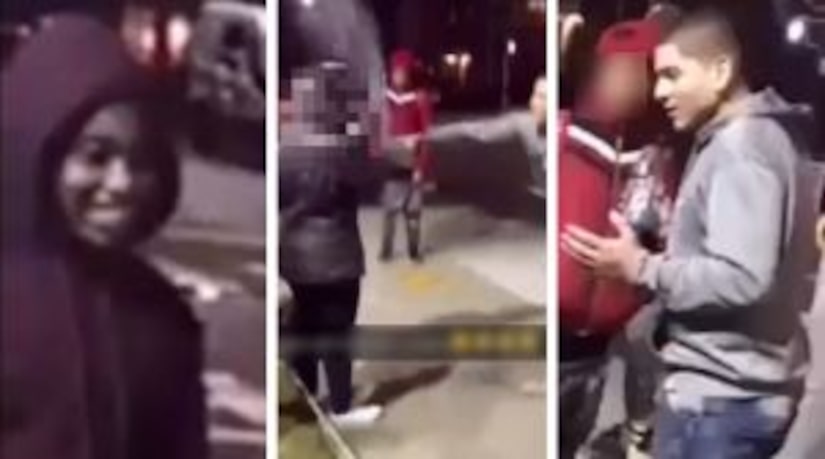 The pair threw a backpack at the girl near Nostrand Avenue and Avenue Y on Dec. 18, officials said. They sprayed water in her face, threw a plastic bottle at her and then repeatedly punched her in the head.