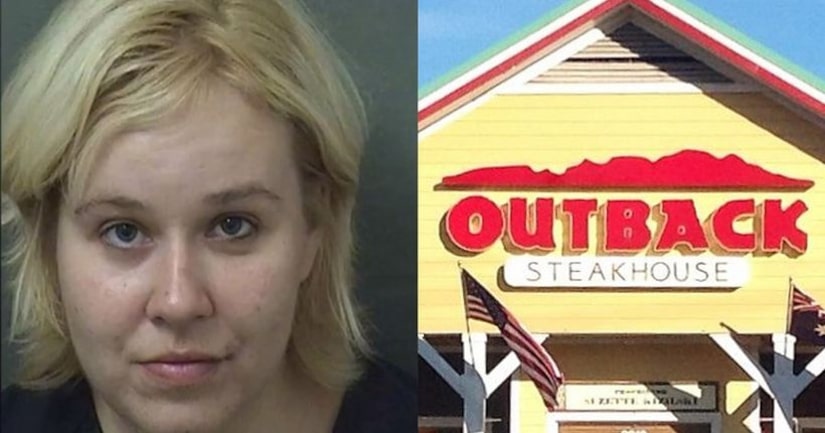 LAKE WORTH, Fla. (KDVR) -- A Florida woman has been arrested after she allegedly attacked her parents because they wouldn't take her to eat at Outback Steakhouse.

The Palm Beach County Sheriff's Office told WPLG-TV that Deana Seltzer, 28, who lives with her parents, requested to go eat at the restaurant chain last Wednesday but was told no.

Seltzer then started punching her mother in the chest and arms and scratching her father's face.

According to WPLG, Seltzer also charged at her father with a decorative knife screaming, “I'm going to [expletive] kill you.”

She also went around the home flipping and breaking furniture, deputies said.

Seltzer was arrested on one count each of simple domestic battery and battery of a person 65 or older. She also faces two counts of aggravated assault with a deadly weapon.