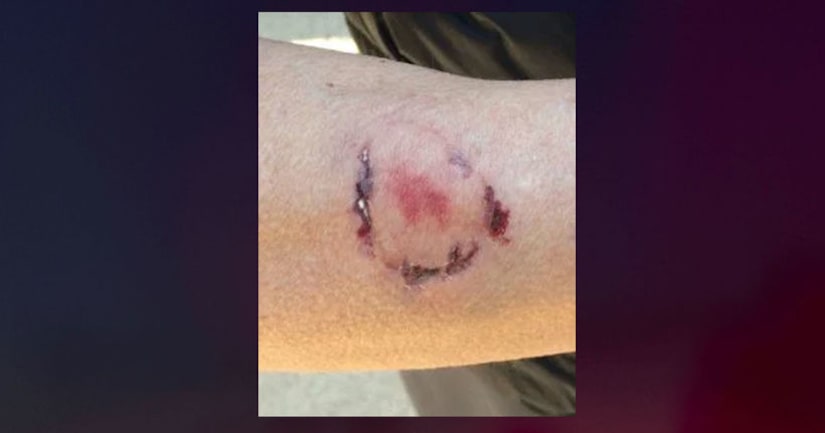 CASTRO VALLEY, Calif. (WDAF) -- Police in Northern California are looking for a woman they say bit a jogger after the victim pepper-sprayed the suspect's dog to fend off an attack at a park in Castro Valley on Thursday, officials said.

A woman was jogging through the park when she was attacked by a dog, police said. The jogger used pepper spray to defend herself against the animal.

The owner of the dog approached the jogger a short time later.

“The assailant tackled and punched the victim multiple times,” according to a statement obtained by KTLA. “As the victim attempted to push her assailant off of her, she was bitten on her forearm by the female, causing significant wounds.”

She was described as a mixed race white and Asian woman between 18 and 25 years old, about 5 feet 6 inches tall, of thin build, with blonde or auburn-colored hair.

The suspect had two dogs with her. One appeared to be a Rottweiler mix, while the other was a medium to large yellow or tan-colored dog.

Anyone with information can reach the East Bay Regional Park District Police Department at 510-881-1833.