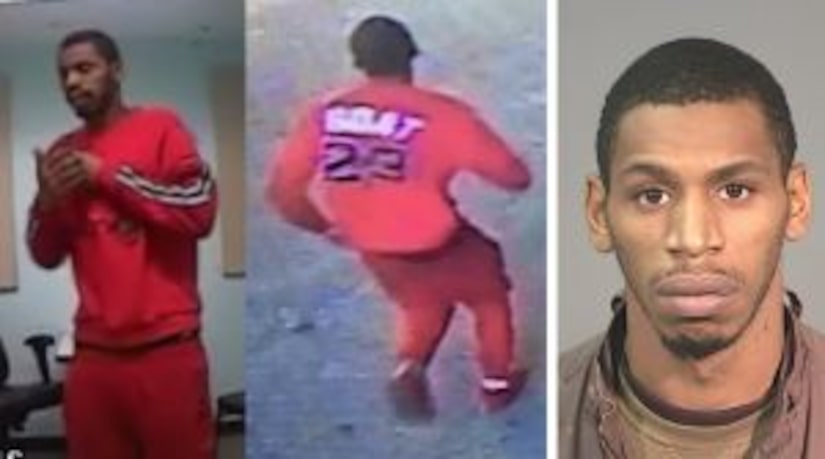 BROOKLYN, N.Y. -- (WPIX) -- A man wanted for a robbery escaped through a second-story window in an NYPD precinct while being questioned in Coney Island on Thursday, police said.

McGill was taken in for questioning on Thursday for his alleged involvement in an armed robbery on Sept. 17, 2018, said police. While he was being questioned, he jumped out the second floor interrogation room window and fled, said cops.

Police have asked anyone with information on McGill to contact them. McGill is about 6 feet, 1 inch tall. He weighs around 160 pounds and has black hair. McGill was last seen wearing a red pants and a red sweatshirt with “GOAT” and “23” on the back.