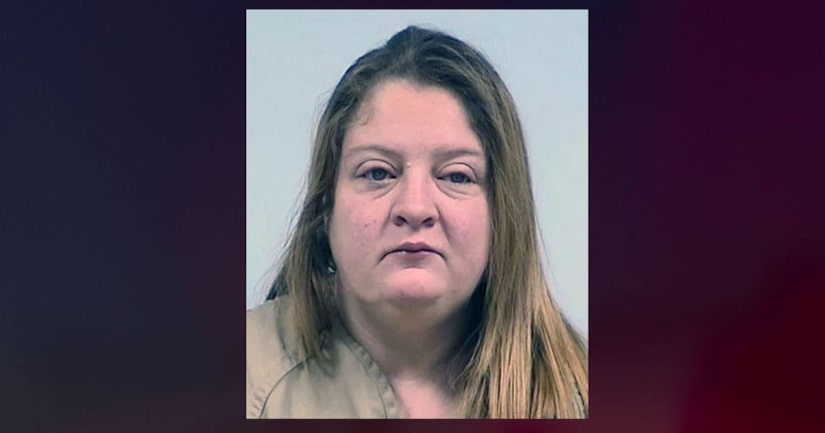 ELKHART, Ind. (WXIN) -- An Indiana woman is accused of tying up a man and gagging him with pink panties because he was “talking crap,” according to court documents.

When officers arrived, they heard a man softly saying “help.”

An officer knocked on the door, and 40-year-old Angel Vanarman answered, saying everything is fine.

The officer said he could hear the victim saying, “Open the door.”

The officer asked to step inside the room, and Vanarman said, “I just tied him up. He is being a bad boy.”

Once inside, the officer saw the victim lying near the window on the floor with his hands and ankles tied up with gray duct tape, blue speaker wire, and several extension cords. His head had duct tape on it covering his eyes.

The victim tried to speak, but it was muffled because he had pink underwear stuffed in his mouth.

Vanarman told the officer she tied him up because he was “talking [----].”

The officer asked the victim if he let Vanarman tie him up, and he said, “Hell no.” He continued to complain about the pain caused from the duct tape being removed.

It took 10 minutes to remove all of the restraints.

According to court documents, his legs and his feet were tied together, and his hands were wrapped so tightly they were purple. Police say there were also deep grooves in his wrists.

He told police Vanarman threatened to kill him with scissors before the police arrived, and she hit him.

Vanarman was arrested on charges of criminal confinement with a weapon and domestic battery.

FULL STORY: Indiana woman gagged man with pink panties, tied him up because he was 'talking crap': court docs - WXIN