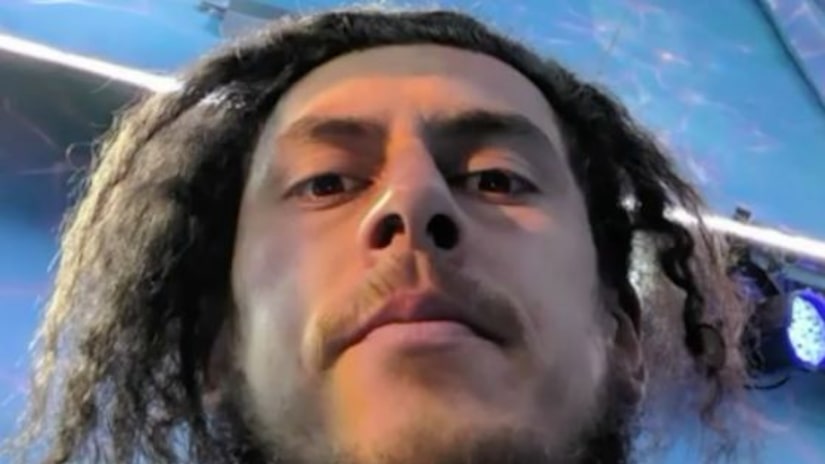 PLAYA DEL REY, Calif. -- (KTLA) -- A driver who struck a man on a motorized scooter during a wild, three-hour pursuit that moved through three counties is in custody after a standoff with California Highway Patrol officers along the 5 Freeway at Camp Pendleton Thursday afternoon.

The driver — of an older-model maroon Honda Civic — had eluded authorities despite multiple PIT maneuver attempts made by Los Angeles Police Department officers.

Officers could be seen approaching the vehicle with a K-9 about 2:13 p.m., removing Flores from inside and placing him in handcuffs. Officers had fired a "less-lethal" round from a shotgun at him, and the dog bit him, Latulippe said.

Flores appeared to receive medical aid as officers took him into custody on the side of the freeway.

Hostage negotiators had worked with Flores' wife to try to get him to surrender, Latulippe said.