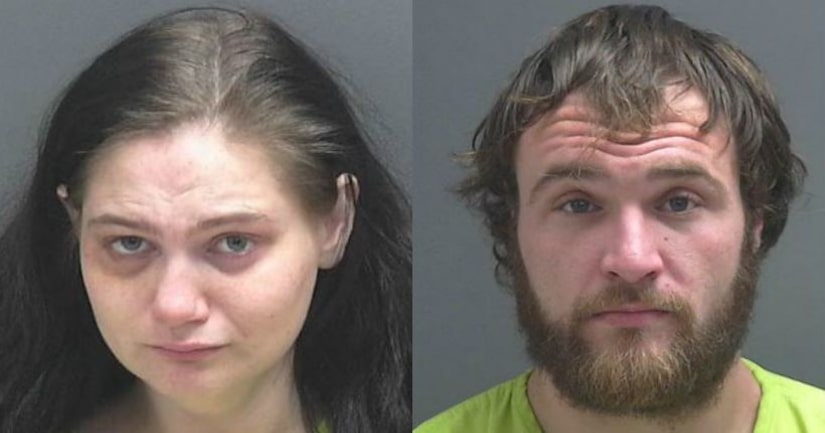 WASHINGTON, Ind. (KDVR) -- Two toddlers were found “soaked in urine, extremely dirty, and cold” inside a home in southern Indiana, according to court documents.

A Department of Child Services (DCS) worker in Washington, Indiana was contacted on December 7 about two toddlers being at a house that was unsuitable for children.

When she arrived at the house on Grove Street, the occupants wouldn't let her inside.

DCS contacted police. Officers responded to the scene and knocked on the door.

Travis Criswell, 27, answered, and officers detected a strong odor of “burnt marijuana.” They asked Criswell if there were children inside of the home, and Criswell said there were.

Officers entered and saw a 2-year-old boy and a 3-year-old girl with their mother, 27-year-old Brittnie Morford.

The children were “very dirty and seemed to be very cold.” Their feet were purple because the house was so cold. They were “soaked from head to toe in urine.”

The DCS worker reported “multiple injuries on each child.” They were taken to Daviess Community Hospital to get checked out. A doctor said the boy had second-degree burns.