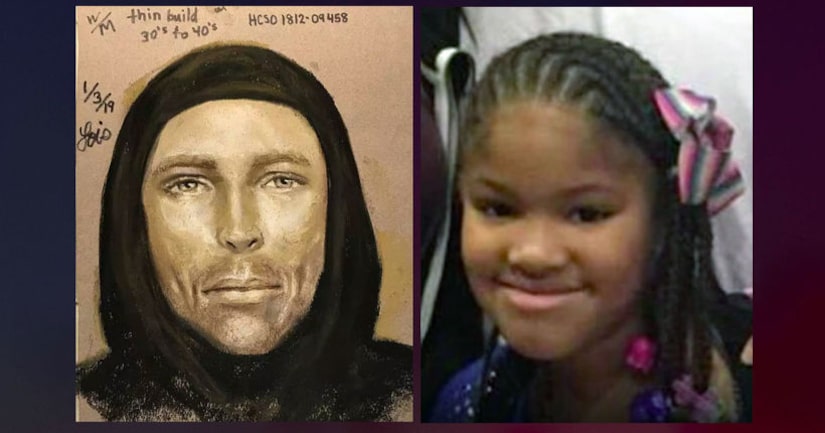 HOUSTON (KTLA/CNN) -- Investigators on Thursday released a composite sketch of a suspect in the shooting death of a 7-year-old girl in the Houston area over the weekend.

The shooting of Jazmine Barnes, who was killed as she was riding in a car with her mother and three siblings early Sunday, has gained national attention. Tips have poured in to investigators in Harris County, but the suspect is still on the loose.

The sketch was compiled from descriptions from Jazmine's family members who survived after a man opened fire on them for no apparent reason.

The public has vague descriptions of what to look for: a white man, with a 5 o'clock shadow, in his 40s, and the red, extended-cab pickup.

The gunman shot into the car driven by Jazmine's mother around 7 a.m. Sunday in eastern Harris County.

A $100,000 reward is now available for information leading to the arrest of the killer, social justice activist Shaun King announced. 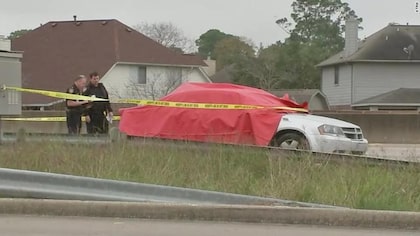 Manhunt on for gunman who killed girl outside Houston Walmart