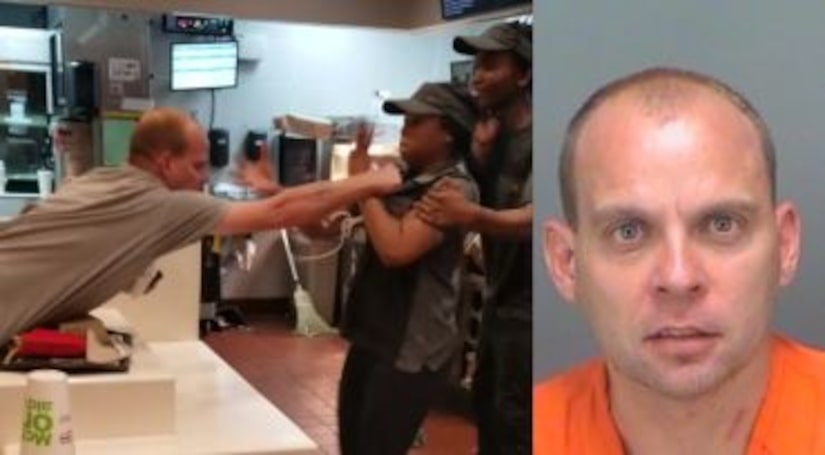 ST. PETERSBURG, Fla. -- (WPIX) -- A St. Pete man spent New Year's Day in a jail cell after police say he attacked a McDonald's employee for not giving him a straw.

Yasmine James was behind the counter of the McDonald's on 34th Street South, when St. Pete police say 41-year-old Daniel Taylor forcefully grabbed her and pulled her up onto the counter. According to police, James defended herself by punching Taylor in the face, as he held on to her shirt's collar.

Brenda Biandudi, another customer in the restaurant at the time, pulled her phone out as she saw the argument escalating, seconds before Taylor grabbed James.

Biandudi says the argument started when Taylor went over to the condiment bar to grab a straw. When he noticed there were none, she says he began screaming at the employees.

“He was yelling and walking toward the counter and the young lady behind the counter told him that it's the law now that we're not allowed to have straws in the lobby,” she said.

The new law, which took effect January 1 in St. Petersburg says restaurants can't have straws out. Instead, customers must request the straw. In 2020, plastic straws will no longer be allowed in restaurants at all and businesses will have to find an alternative.

FULL STORY: Man arrested for attacking McDonald's employee over not getting a straw, police say - WPIX