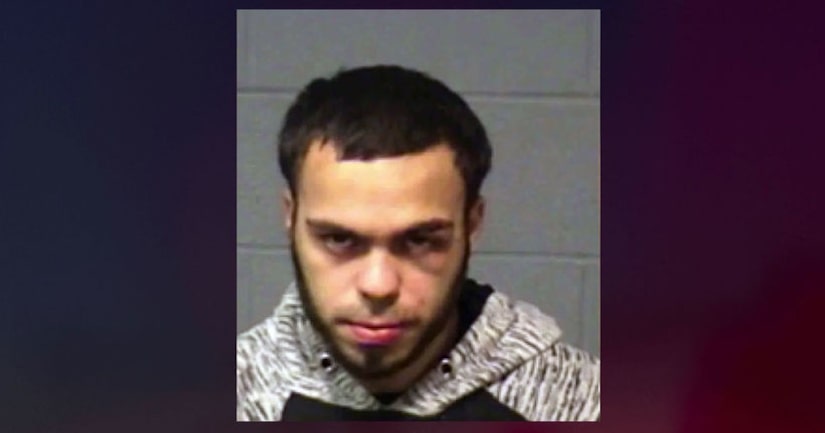 HARTFORD, Conn. (WPIX) -- A man accused of stabbing a woman more than 30 times and kidnapping her 6-year-old in Connecticut was arrested in Manhattan Wednesday, according to Hartford police.

Edgar Manuel Maldonado, 23, the suspect in a stabbing and kidnapping Tuesday, was arrested by the NYPD in the area of the 18 Precinct, which covers midtown Manhattan, according to Hartford police.

The arrest was made around 5:30 a.m. after Hartford investigators learned Maldonado may be in the midtown area, police said.

Hartford police said that they were dispatched to the area of Natick and Dart streets early Tuesday morning after a 911 caller reported a woman covered in blood was screaming for help.

Police, firefighters and EMS rushed to the scene and immediately began treating the woman, who had been stabbed more than 30 times.

The woman and her 6-year-old son were in a car with Maldonado when she was attacked, police said of the initial investigation's findings.

She was able to escape the car, but Maldonado drove away with the her son, police said.

The young child was later found in Worcester, Massachusetts, near Maldonado's car, but he was nowhere to be found, Fox 61 reports.