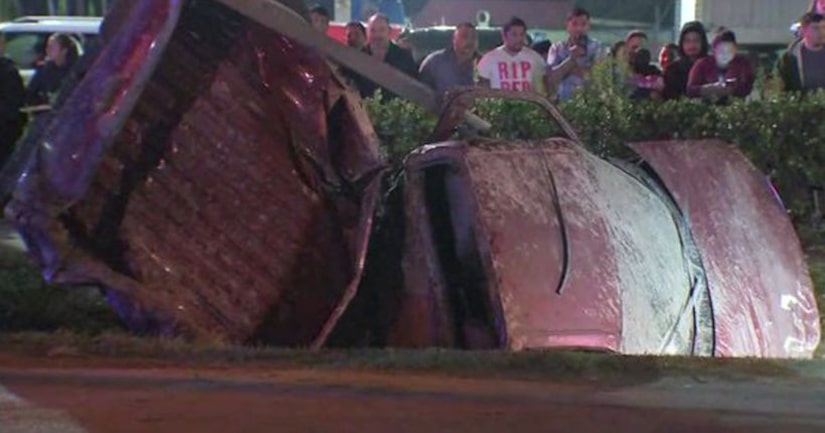 HOUSTON (WDAF) -- An egging prank ended with a murder charge after a New Year's Day tragedy near Houston.

Police say a 14-year-old male driver and two teenage passengers were inside a GMC Acadia Tuesday afternoon, throwing eggs at cars driving by on a road in Aldine, when the driver of one of those cars allegedly pulled a gun and gave chase, the Fort Worth Star-Telegram reports.

The 14-year-old, who suffered a broken ankle in the crash, was arrested and charged with murder; he's been booked into a juvenile detention center.

He was driving his father's car during the incident, police say; KHOU reports his parents are also being investigated as cops try to figure out why the teen had access to the car.