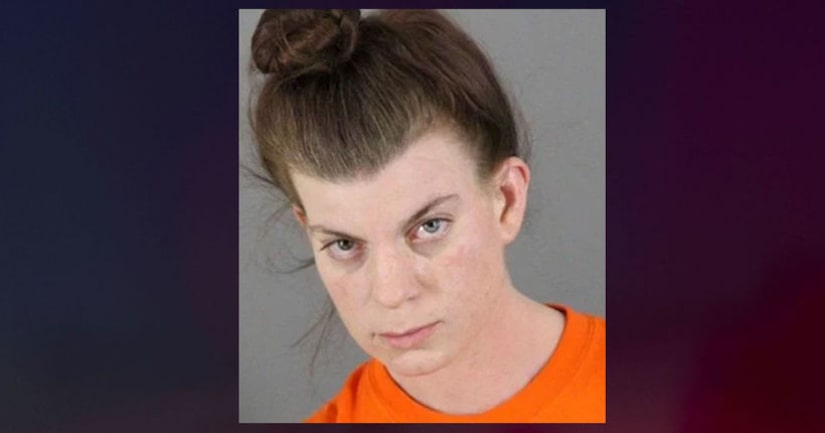 BROOKFIELD, Wis. (WITI) -- A Brookfield mother is accused of leaving her three young children alone in an abandoned home while she worked -- one of the children so sick first responders thought he was dead. According to prosecutors, the children were left without the means to contact law enforcement should an emergency occur, and relatives said this wasn't the first time.

According to a criminal complaint, on Dec. 23, police went to a home on Maple Ridge Lane near Wisconsin Avenue in the Town of Brookfield -- responding to a call regarding three children, ages 6, 5, and 2 in the home unsupervised.

The complaint said a man at the scene indicated he was the executor of his father's will, and was checking on the house on Dec. 23 after his father's passing over the summer. He said he had concerns that this brother was living at the house -- and said his brother was supposed to have moved out in September -- and no one else had permission to be there. The man's wife was the one who called police, and said the home should be condemned.

According to the complaint, police initially thought the 2-year-old was deceased, because he was unresponsive -- laying on the hardwood floor with a blanket over him and a baby bottle with a dark brown liquid next to him. He did slowly wake up, but was "very lethargic." He was found wearing a soiled diaper, and pants and a shirt "soaked with urine."

Police reported the home "appeared to be in shambles," and it appeared that "it had not been cleaned in years."

There were lighters and knives in the kitchen, within reach of the children -- and no food in the fridge. The kids said the only thing they had to eat was "jelly sandwiches." The only food police found was macaroni and cheese and applesauce in an upper cabinet. A first responder who had served as a paramedic for 10 years reported he "had not seen living conditions this bad."

Police contacted Waukesha County Health and Human Services officials, and learned the children's mother was Lindsey Manriquez. She arrived at the home about an hour after police showed up -- and told investigators she went to work at a bar around 11 a.m. She said "she had no one else to watch the kids," and her boyfriend gave her permission to leave them at the house -- where she reported they had been living since September. She said her boyfriend was supposed to watch the children until 4 p.m., when he had to leave for work. When asked what was in the baby's bottle, prosecutors said Manriquez told investigators it was "Brisk Tea." She said she didn't have car seats for the family member who was assuming temporary custody of the children at the scene.

The complaint said it was determined the baby had a temperature of 105 degrees.

According to prosecutors, Manriquez' brother told investigators she had "left the children unsupervised numerous times in the past when I was unable to watch them," and "I have contacted CPS in the past, and nothing has been done." He also said his sister "has refused help in the past." One of the officers on scene said he had personally responded to a well-being check involving these same three children on Dec. 7.

Manriquez made her initial appearance in court on Wednesday, Dec. 26. A preliminary hearing was set for Jan. 24, and a $3,000 signature bond was set.