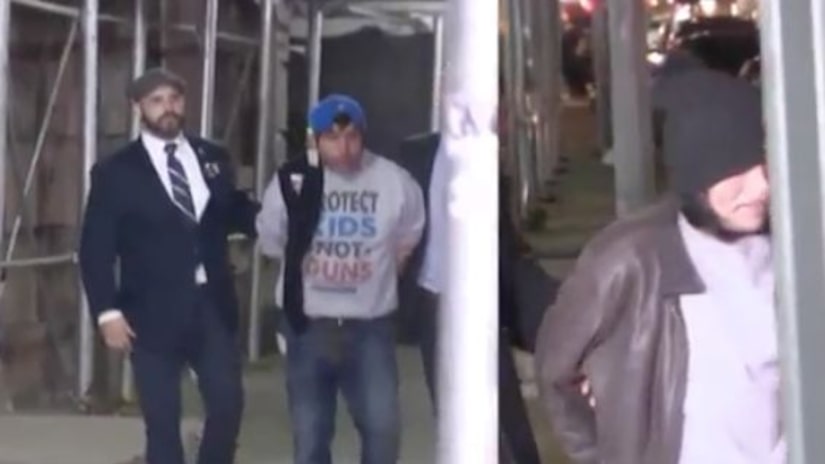 Two of the men, including 27-year-old Juan Nunez, will be charged with riot and obstructing governmental administration, police said, while a third man, 36-year-old Eliseo Alvarez, faces those counts in addition to attempted assault. Nunez and Alvarez had been taken into custody Wednesday evening. The third remained at large.

Two other men in the video appeared to be trying to break up the scuffle. They haven't been charged.

The charges stem from an incident in which a group of homeless men refused a police officer's orders to "stand back."