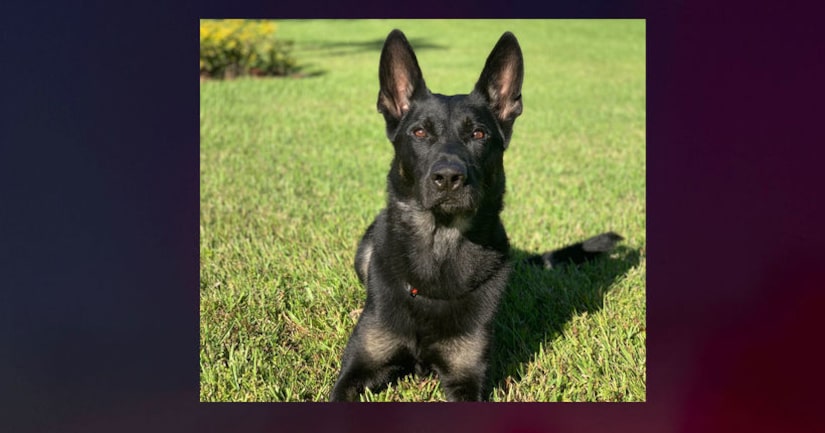 WELLINGTON, Fla. (KDVR) -- A Palm Beach County Sheriff's Office K-9 was killed Monday during a deputy-involved shooting in the area of The Mall at Wellington Green.

According to authorities, a suspect shot at deputies and struck the 3-year-old K-9 named "Cigo."

The German shepherd was taken to a veterinarian emergency center and later died. Cigo's deputy was his handler for about a year.

One suspect was shot by deputies and is currently at a local hospital in critical condition.

No civilians were hurt in the incident.

Sheriff Rick Bradshaw said the tactical unit spotted some people in the mall parking lot who were wanted in connection to an attempted murder case from a few weeks ago.

The tactical unit approached the suspects in the parking lot away from the mall entrance. When deputies got near, one man took off.

Bradshaw said the handgun the suspect used to shoot K-9 Cigo was similar to the one used on Nov. 14, when a man was shot at a bar. That incident was what let deputies to Monday's confrontation.