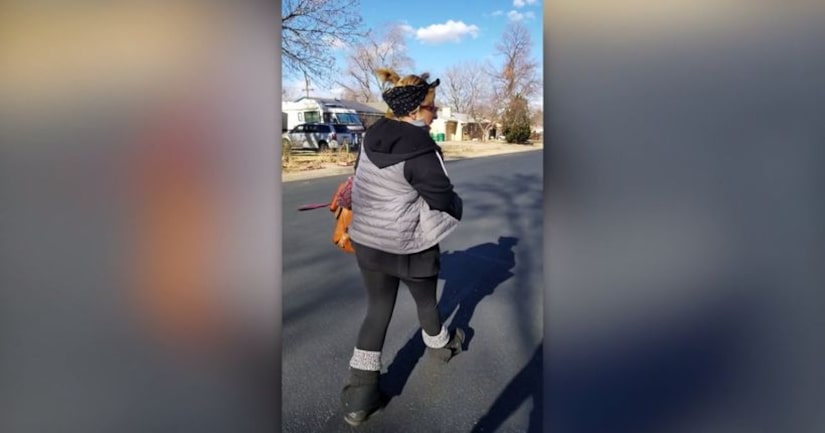 DENVER (WITI) -- "Porch pirates," snatching other people's packages, many times on camera, are all too common during the holiday season, but there was an unexpected outcome in Lakewood, Colorado.

Renee Abeyta was at her home doing chores on Wednesday afternoon, Dec. 19.

"I got a notification on my phone saying somebody at the front door," said Abeyta.

Surveillance cameras captured the woman grabbing a package from Abeyta's front porch. By the time Abeyta checked it out, the suspect was gone.

She went back outside and saw the suspect crossing the street, trying to get away.

She got into her car, and confronted the alleged thief -- filming the confrontation.

"Leave me alone lady. I didn't take anything," the suspect said.

Abeyta continued to chase her down for about a minute.

"I was mad as hell. There's no way I was gonna let her go, and I would have ran for as many miles as I had to to get my package," said Abeyta.

Finally, she got the suspect to stop.

"You [expletive] with the wrong person, [expletive]. What's wrong with you?" Abeyta said in the video.

Abeyta's package contained a crock pot cover, but she said what was inside doesn't matter -- it's the principle of it, that no one should steal someone else's things.