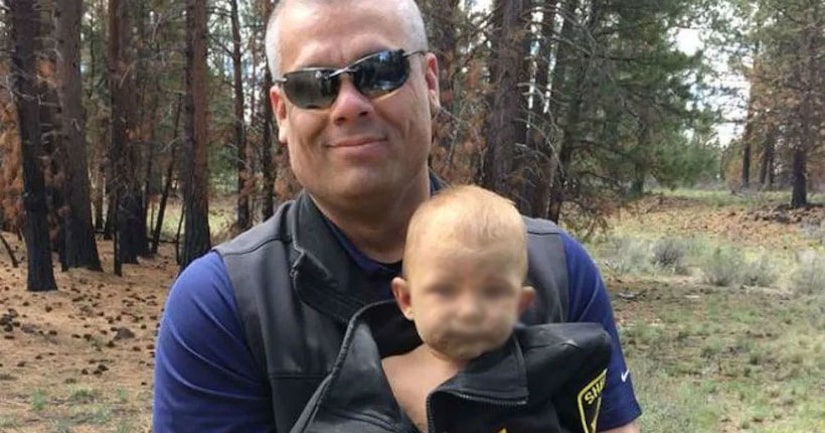 BEND, Ore. (KCPQ/AP) -- Prosecutors say a 13-month-old boy who was abandoned in the woods of central Oregon had a broken leg, a skull fracture and methamphetamine in his system.

The Bulletin reports prosecutors released details of the baby's condition at a hearing Wednesday in Deschutes County Circuit Court, arguing to increase the bond for 26-year-old Brandon Blouin, the boy's father.

Blouin was indicted earlier this year on charges that include abandonment of a child, custodial interference, child neglect and endangering the welfare of a minor.

A Deschutes County detective found the baby naked and alone for hours in the woods near Bend in May.

Investigators say the boy had been taken from his legal guardian in Parkersburg, West Virginia.