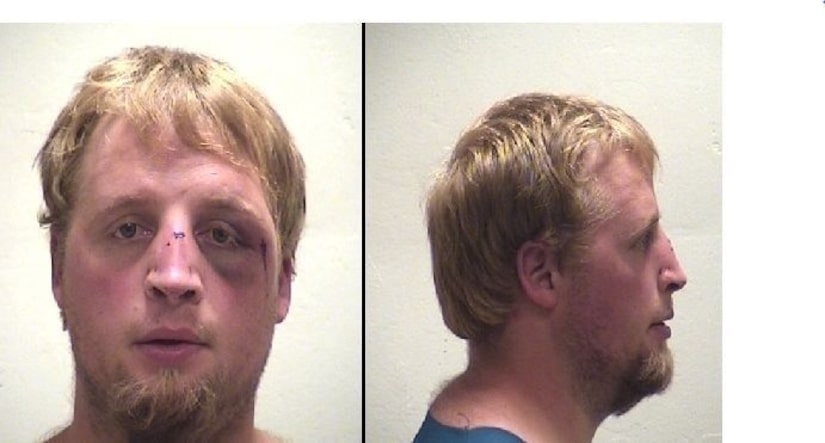 LIBERTY, Mo. (WHNT) -- A 28-year-old man who was caught in the act of sexually abusing and photographing an infant has been sentenced to three life sentences plus 175 years in prison, according to Clay County Prosecuting Attorney Daniel White.

Jayson Newlun was charged with with multiple felonies. On Sept. 6 of this year, he pleaded guilty to three counts of statutory sodomy and seven counts of sexual exploitation of a minor for taking digital pictures of his victim.

According to the authorities, Newlun was a guest of a couple who had a 1-year-old infant.

During the course of his June 30, 2017 visit, the baby's parents discovered some supplies were needed from the grocery store. Since the infant was asleep, the parents — who were acquainted with Newlun and considered him a family friend — asked if he would remain in the residence and keep an eye on the sleeping child. He agreed.

Once on their way, the parents discovered they hadn't brought anything to pay with and returned to the residence. The couple entered the home and noticed Newlun wasn't seated on the couch as he'd been earlier.

The infant's mother then entered her child's bedroom and found Newlun photographing and sexually molesting the victim.

“Mom told the child's father, who reacted by tackling, striking, and restraining the defendant,” said White. “The mother screamed at Newlun, 'I hope you go down for this,' and Newlun told her 'I do, too.'”

Newlun's phone was seized at the scene and later searched.

Three images of him sodomizing the child on three separate occasions were recovered off the phone. Multiple sexual images of the infant taken by Newlun were recovered from the phone and were determined to have been created on the device.