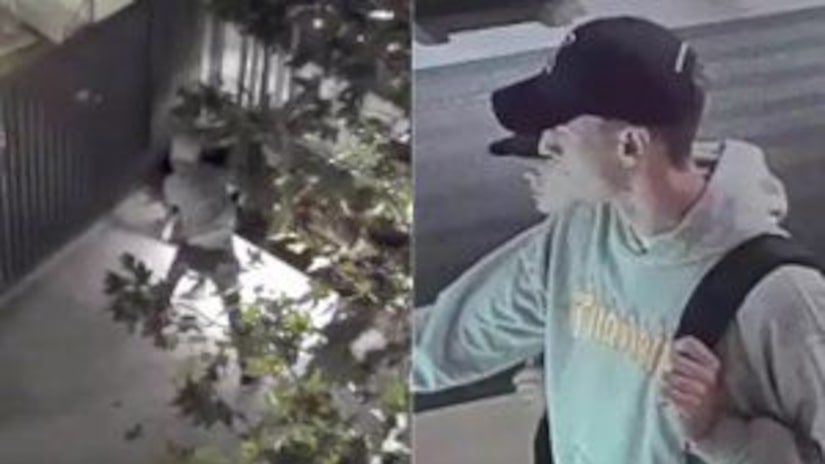 LOS ANGELES -- (KTLA) -- A $50,000 reward is being offered for tips leading to the capture and arrest of a man seen brutally stabbing a homeless man to death in downtown Los Angeles in video released by the L.A. Police Department Wednesday.

On Nov. 6, the brutal killing near Ninth Street and Grand Avenue was captured on graphic surveillance video that shows a homeless man being pummeled on by a man wearing a light gray hooded sweater, according to LAPD. Paramedics responded to the area around 8:30 p.m. and transported the victim, 58-year-old Hernando Perez, to California Hospital Medical Center.

He died from his wounds two days later.

Through the release of three video clips showing the suspect — including one of the actual attack — police are reaching out for the public's help identifying the killer. Officials are also asking for help identifying a unique vehicle seen near the suspect around the time of the killing — a lime green Chevy Spark believed to be a 2013-16 model with Florida license plates.

However, LAPD detectives said it's still unclear if the suspect left in that vehicle.