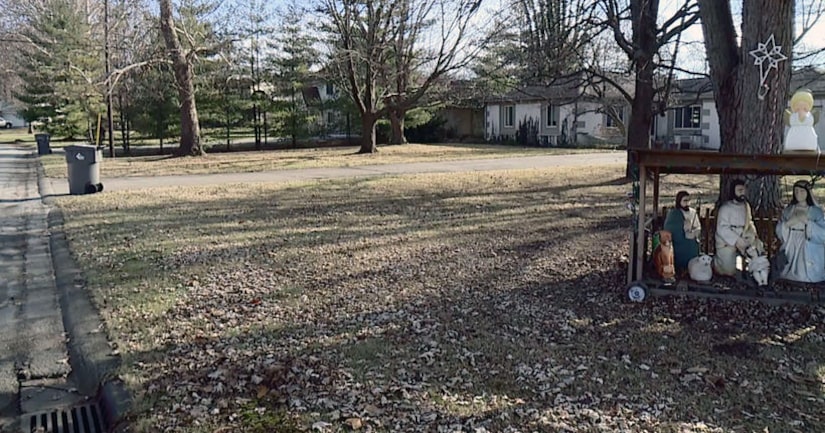 INDIANAPOLIS (WXIN) -- An Indianapolis homeowner is facing a felony criminal confinement charge after mistaking an undercover IMPD officer for a porch pirate.

The incident took place last week as police searched for a suspect wanted for a homicide in a south-side neighborhood.

That's when one undercover IMPD officer found himself confronted by a homeowner.

According to the affidavit, Scott Strother used his SUV to block the officer's car and confronted the officer with his hand on a pistol in his pocket because he “thought the officer was on his street stealing packages that had been delivered.”

“He had no intent on threatening an officer, obviously,” said Strother's wife.

Prosecutors claim the undercover officer activated the red and blue lights on his visor and ordered the suspect to get back in his car, but Strother's wife claims the officer didn't properly identify himself until backup officers arrived, leading to a misunderstanding that turned criminal.

“Now we have felony charges against my husband? That's really kind of ridiculous. I mean he's a stand up guy. He's a Boy Scout leader,” his wife said.

While the confrontation took place last week, Strother was never taken to jail. Strother's wife says they filed a complaint against the officer, but thought that was the end of the story.

Instead, five days later felony charges were filed and a warrant was issued for Strother's arrest. His wife says the family didn't know about the warrant until our crews showed up at their door.

According to court records, police advised Strother, “He could not legally stop and detain persons that he viewed as suspicious.” Strother then told officers, “He felt he had done nothing wrong ... and he would do whatever he needed to do to protect his neighborhood.”

The suspect's wife told our crews he was working in Kentucky on Wednesday, but does plan to turn himself in when he gets back into town.

A spokesperson at IMPD said there are "very limited circumstances when someone can be detained by the public. Acting suspicious is not one of them. We recommend that folks call police so we can investigate."