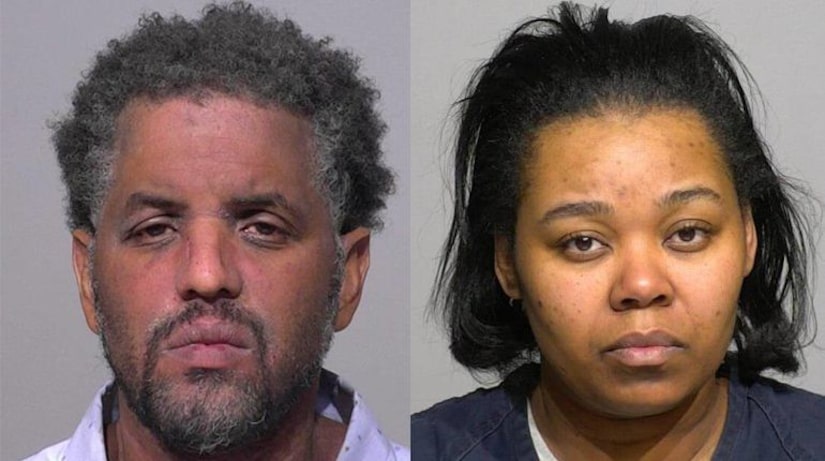 CUDAHY, Wis. (WITI) -- The father and stepmother of a 15-year-old Cudahy girl have been criminally charged -- accused of child abuse. This, after the child was found injured and malnourished inside her home on Dec. 5.

The accused are Kevin Boon, 47, and Felicia Boon, 34. They each face the following charges:

According to the criminal complaint, around 3:55 p.m. on Dec. 5 police were dispatched to a home and Luhnam Avenue in Cudahy after receiving a call that a girl had thrown boiling water on another girl. Upon arrival, the officer observed three juveniles in the home, but would not be allowed in.

Moments later the father, Kevin Boon, arrived on scene. He let the officer inside -- where he made contact with three juveniles -- all of whom denied any altercation taking place. The officer says no one on scene disclosed that there was another child inside the home. The officer then left the residence.

Upon returning to the police department, the officer was informed that a second 911 call was placed regarding that same residence. The officer made contact with the 911 caller, who said she was the aunt of the 15-year-old victim. The aunt reported that the victim called her to report that she was being abused -- and asked her to contact police. During the call, the aunt says she could hear the victim being physically beaten.

Based on this information, the officer returned to the Cudahy home and spoke with Kevin Boon. Boon allegedly told the officer the victim was fine and was located in an upstairs bedroom. As the officer went upstairs, he was immediately overwhelmed by the odor of urine and feces, according to the criminal complaint.

The complaint indicates the 15-year-old victim exited the room in tattered clothes with holes -- and appeared unsteady on her feet. The officer noted the child had bruising to her right eye, upper lip, and lacerations on her face and head. Inside the child's room was a bed frame with no mattress, blankets or pillows, an empty dresser and an ice cream container with urine inside.

According to the criminal complaint, when the officer asked the victim what happened, she allegedly replied, "I can't tell you. If I tell you, you cannot let me go back here" and "they will hurt me really bad." The child was taken to the Cudahy Police Department -- where she told officers she had been beaten and tied up with zip-ties, and forced to stay in her room. They also withheld food and water for days.

When officers asked the victim how long she had been confined in her bedroom, she responded "I don't know, what's the date?" When the victim was informed of the date, she responded, "wow, it's December." The victim told officials that in November 2017, the defendants pulled her out of school. The victim said she was going to be home schooled by Felicia Boon. The victim claims since August 2018, she was required to stay in her room for the majority of the time -- but could come out to eat and do "some stuff." By late October 2018, the victim told authorities she was not allowed to use the bathroom -- and would have to stay in her room all day. The victim also claims that alarms were used on her bedroom door to ensure that she remained inside.

According to the criminal complaint, other juveniles in the home were abusing the victim. One of the juveniles was allegedly put in charge of disciplining the victim -- after Felicia Boon was tired of dealing with her. In one instance, water would be heated up in a microwave and thrown onto the teen. The teen also recalled another incident in which she had cold water poured onto her -- and then hot water poured all over her. She was told, "this is how hell feels."