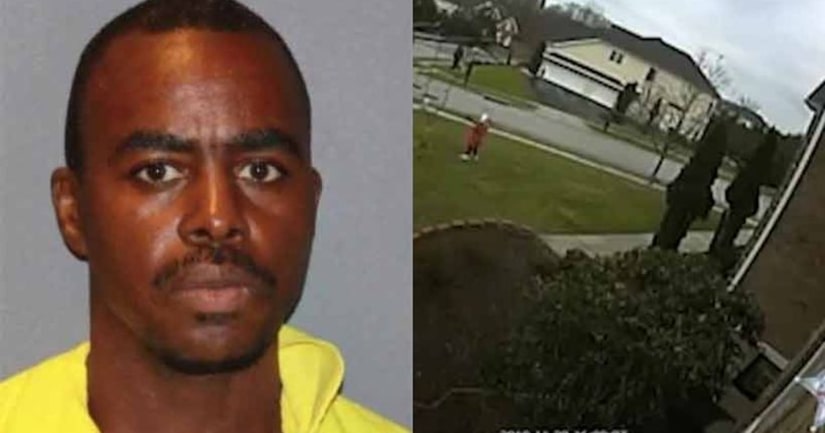 Gary Martin Smith, 46, of Abingdon, Md., faces charges of theft, conspiracy to commit theft, contributing to the delinquency of a minor and fourth-degree burglary.

Deputies posted a video of the suspect apparently directing his young daughter to steal a package off a person's porch.

The girl can be seen in the video running onto a front yard, grabbing the box and then running off. Deputies said the box had boots inside.

The tip to the sheriff's office led to the suspect's identity. He has been charged, but deputies are still looking for him.