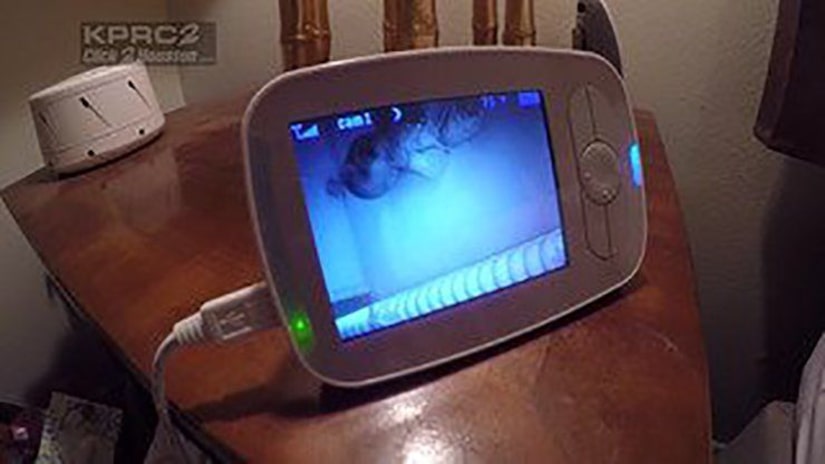 HARRIS COUNTY, Texas (WDAF) -- It was a terrifying moment when a Texas couple says a man hacked into their Nest Wi-Fi camera network, pretending he was going to kidnap their baby.

Topper Rigney gets all the love and care you would expect for a 4-month-old and then some. He's constantly in the arms or within eyesight of his parents, Ellen and Nathan Rigney, thanks to a network of Nest cameras.

“My husband laughed. He called it my CCTV because I would have the Nest cam pulled up on the iPad over there and then the little audio monitor right next to it so I could see him from every angle,” Ellen said.

Above Topper's crib are two cameras with audio, and the only voice they ever transmit is his — until late one night.

“I said 'Hey what is this? What's going on?'” Ellen said. “We hear it again and two beeping. It's the noise it makes, and then we heard sexual expletives being said in his room. So we throw on the light in our room. He turned that camera on and told us, said 'Turn off the light' and then said 'I'm going to kidnap your baby – I'm in your baby's room.'”

You can imagine the terror and just how fast Nathan raced upstairs only to find Topper safe and sound. That's when Ellen remembered a story about Wi-Fi camera hacking.

They shut it down fast and called police, terrified, relieved and determined to warn anyone who would listen, posting the story online.

The family has thrown out the Wi-Fi cameras and is now only using an offline, closed circuit camera now. They also filed a police report. Harris County authorities are investigating.